University Governing Bodies and the NSW Bar Association. Michelle Swift is a long-standing member of the LGBTQI+ community & Barrister who has worked as a Public Defender both internationally (in the Solomon Islands as part of AusAid RAMSI project) and across Regional Australia as Managing Solicitor (Crime) and In-House Counsel of the Northern Australian Aboriginal Justice Agency (NAAJA).

Growing up & working in regional NSW, Michelle has a keen interest in the power of visible celebratory symbols  &  inclusion for all people across Australia and is a passionate supporter of  Arts as a key to positive change.

George has a First Class Honours degree in Business Studies from Dublin City University, is a chartered accountant, and is a member of the Chartered Institute of Personnel & Development.

Marie is a recognised leader in the areas of business continuity, risk analysis and crisis management, and in 2019 she received the Business Continuity Institute’s Continuity and Resilience Professional (Private Sector) Award.

Marie holds a range of qualifications in both technical and leadership fields, and is a sought-after speaker for industry conferences and panels.

An active & recognizable member of the queer community. Former executive member of Sydney Leather Pride committee and co-owner of the former Karnal Leather, running workshops for SLPA and community building. Jo was also nominated Ms Sydney Leather & and Leather Person of the Year. Member of Dykes on Bikes for over 10 years & has acted as Leather Pride Curator for the Artspace Leather exhibition.

A community Artworker Nationally and Internationally, Nina has also founded multiple creative and community arts and festivals throughout Australia.

In 2017 Nina was awarded an Edna Ryan feminist award for her life’s work empowering women, sharing their stories through the arts as well as being awarded Australia Day Community Awards for her work in Communities and Culture. Nina is also recipient of “Governor of NSW Children’s Week Award” for her work with children in remote locations.

Nina’s focus is on the importance of the creative spirit in us all, capturing the stories of our culture in our times.

Having co-founded the infamous touring pop up cabaret club “Pretty Peepers Variety club” 2011 – 2015 (born in the Sydney art scene fringe & re birthed for mainstream audiences in city & regional areas).  Pretty Peepers Cabaret was named by Amanda Palmer as her “favourite event in Australia”, also nominated for the ABC performance award & receiving 2nd runner up in both 2013 & 2014. Peepers was also 2014 winner of the highly competitive Adelaide Special commendation weekly cabaret award & nominated “Most loved recurring event” (Australia) at the Bustie awards.

Glitta has been at the forefront of Queer, Counter & Fringe-culture performative art for over 20 years, co-founding Australia’s first (Multi nominated Green Room award) Burlesque club 2000-2010, “Gurlesque” developed and created a community and movement for Australia where there was none.  The “Gurlesque” formula, curation & format continues to be used in Queer, Fringe, Variety and Burlesque nights across the country with a legacy which speaks for itself.

As co-founder & Artistic Director of the Naughty Noodle Fun Haus in 2018, armed with a motto of “Diversity as the Norm” Glitta is engaging Artist and Audience communities in a vision for authenticity & accessibility in a partnership of independent multidisciplinary events, festivals, convening’s and activations that shine a bright light on possibilities for adventurous, unorthodox productions through emerging and pioneering artists -building community & shifting perceptions, to reshape and expand our views of ourselves and our region.

Previous member of the board: 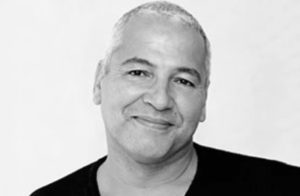 2018 – Nov 2019 – We bid farewell to Kim who has been an amazing champion & connector for the organisation in our 1st year of operation – thank you we love you and miss you already!

A critically acclaimed career beginning with the Sydney Dance Company, Kim progressed onto appointment as a principal dancer from 1980 -1990, at which time Kim also simultaneously studied at a number of other companies including the Alvin Ailey School in New York. As Artistic Director of the Flying Fruit Fly Circus Kim created a number of new and innovative works, and toured the company both nationally and internationally to great acclaim.

Kim has served as a member of the Arts NSW on number of Boards, on the HotHouse Artistic Directorate and, the Theatre Board of the Australia Council for the Arts. Kim was also the individual recipient of the Sidney Myer individual award