OUR BOARD OF ALL THE GOOD STUFF 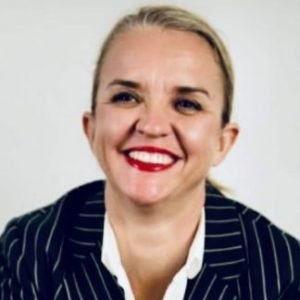 Michelle is a long-standing member of the LGBTQI+ community & Barrister who has worked as a Public Defender both internationally (in the Solomon Islands as part of AusAid RAMSI project) and across Regional Australia as Managing Solicitor (Crime) and In-House Counsel of the Northern Australian Aboriginal Justice Agency (NAAJA).

Growing up & working in regional NSW, Michelle has a keen interest in bringing celebratory symbols & inclusion to all parts of Australia and is a passionate supporter of  all things performative and theatrical. 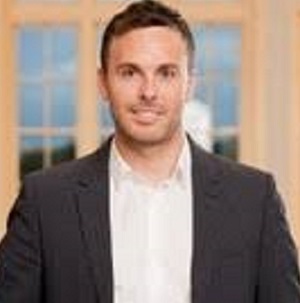 George has a First Class Honours degree in Business Studies from Dublin City University, is a chartered accountant, and is a member of the Chartered Institute of Personnel & Development. 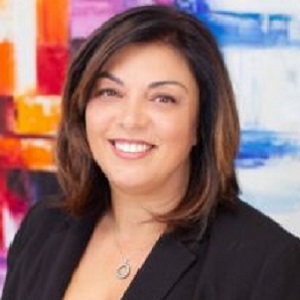 With extensive experience in highly regulated sectors, including more than a decade with Qantas Airlines, Marie combines commercial acumen with a focus on enabling premium customer experiences.

Marie holds a range of qualifications in both technical and leadership fields, and is a sought- after speaker for industry conferences and panels.

With broad experience across multiple industries, Michael brings built in experience and enthusiasm ensuring the organisation is able  to extend its activities.

Michael joins the board in 2021 taking on the role of treasurer to oversee the financial administration of the organisation, review procedures and financial reporting, advise the board on financial strategy, and advise on fundraising. and is excited to contribute to an organisation that is delivering positive impacts across the the Central Coast and contributing to a growing visibility diverse and inclusive contemporary Arts & Entertainment scene. 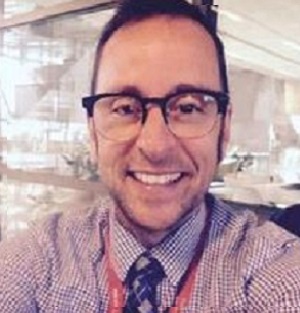 A multi-stream creative who has made a career challenging “the norm”, exposing societal taboo & homogenization of culture Glitta has been at the forefront of Queer, Counter & Fringe-culture performative art for over 20 years. Co-founding Australia’s first Burlesque club 2000-2010 “Gurlesque” (Multi Green Room nominated) . The “Gurlesque” formula, curation & format continues to be used in Variety, Burlesque & Queer, nights across the country with a legacy which speaks for itself.

As co-founder & Artistic Director of the Naughty Noodle Fun Haus in 2018 and armed with a motto of “Diversity as the Norm” Glitta is engaging Artist and Audience communities in a vision for authenticity & accessibility in a partnership of independent multidisciplinary events, festivals, convening’s and activations that shine a bright light on possibilities for adventurous, unorthodox productions through emerging and pioneering artists -building community & shifting perceptions, to reshape and expand our views of ourselves and our region.

Wagstaff based and with advertising and design experience for ethical brands such as National Geographic Channel, BBC Worldwide, NBC Universal, Frasers Hospitality and Government, Melissa brings a multitude of skill, talent & knowledge to the Naughty Noodle including our strength of multi stream branding.

Thoroughly passionate about providing visual platforms for Social Justice and Equality organisations to have the exposure and outreach they deserve. Melissa is also Director of the multi-faceted Caper Creative studio working across Print and Digital design, Brand Identity and Advertising.

Melissa’s dedication to equality for all human beings shines through to all of us who have the pleasure of working alongside her.

Peninsula based Strong media and communication professional with a BA in English from the University of Sydney, and a Dip of Communications. Holly is a digital, content and brand strategy lead with 15 years experience working in multi-disciplinary teams supporting startups and enterprise blue chips take advantage of digital.

She is also a former top Australian burlesque artist, and co-founder of the iconic Sydney performance night, The Peel.

OUR PREVIOUS BOARD MEMBERS

2018 – Nov 2019 | We bid farewell to Kim who has been an amazing champion & connector for the organisation in our 1st year of start up operation – thank you we love you and miss you already!

As a freelance choreographer and director, Kim has worked with major companies and directors in Australia including Opera Australia, Melbourne and Sydney Theatre Company, Richard Wherrett, Neil Armfield, Wayne Harrison and Roger Hodegman. Kim has also done extensive choreographic work for television commercials, musicals, corporate and charity launches and music film clips. A critically acclaimed career beginning with the Sydney Dance Company, Kim progressed onto appointment as a principal dancer from 1980 -1990, at which time Kim also simultaneously studied at a number of other companies including the Alvin Ailey School in New York.

As Artistic Director of the Flying Fruit Fly Circus Kim created a number of new and innovative works, and toured the company both nationally and internationally to great acclaim. Kim has served as a member of the Arts NSW on number of Boards, on the HotHouse Artistic Directorate and, the Theatre Board of the Australia Council for the Arts. Kim was also the individual recipient of the Sidney Myer individual award

An active & recognizable member of the Queer community. Former executive member of Sydney Leather Pride committee and co-owner of the former Karnal Leather, Jo was also nominated Leather Person of the Year. Member of Dykes on Bikes for over 10 years & has acted as Leather Pride Curator for the Artspace Leather exhibition.

In 2017 Nina was awarded an Edna Ryan feminist award for her life’s work empowering women, sharing their stories through the arts as well as being awarded Australia Day Community Awards for her work in Communities and Culture. Nina is also recipient of "Governor of NSW Children’s Week Award" for her work with children in remote locations.

Make no mistake this is good ol' fashioned hard work, and as a regional registred arts & culture charity focused on social equity, human rights, authenic inclusion and visible diversity we could use your help! Be it your brain, your muscles, your hard earned cash, your community resources, your corporate finese there is opportunity to play a part in creativity, transformation and a happier, healthier Central Coast. Get in touch today